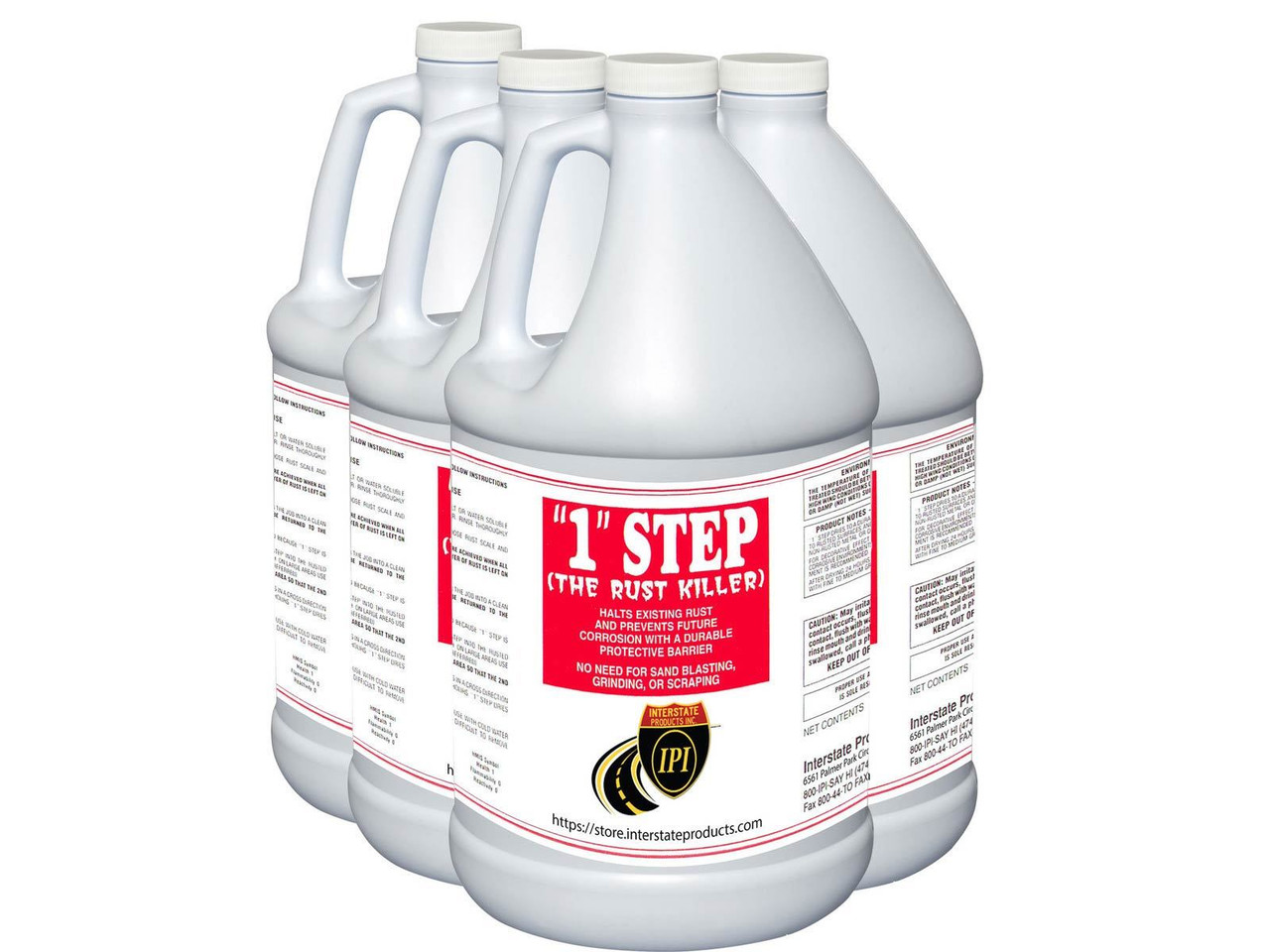 "One Step" Rust Converter killer is a treatment that acts as a rust neutralizer and rust inhibitor and converts it into a smooth long lasting primer on both rust and on metal or previously painted surfaces. This rust killer , converter paint is a water base solution and suitable to paint rusty metal on structures, equipment, vehicles and many other applications. Now in use for over a decade and one of our highest satisfaction rated products.

One Step Rust Converter quickly kills rust and neutralizes Quickly acts as the #1 rust killer on rusted areas completely. Water based "1" STEP works by a chemical reaction with the rust to kill it dead. One Step The Rust Converter Covers up to 500 sq. ft. per gallon. it can be sanded, top coated, body puttied or left as is. A top coat will add more rust protection. See before and after action pictures below.

If there’s Something Oxidized in Your Neighborhood, Who You Gonna Call? One Step Rust Converter of course!

So it is no surprise why Interstate’s most popular product on the market, is appropriately named ‘ 1Step Rust Killer ’.  1Step has eased the worries of many who regularly encounter rust buildup and corrosion. Known for selling mostly rust converter, Interstate Products Inc."One Step" has never failed to convert the most damaging rust surfaces even on some of the largest equipment imaginable – such as buildings and vast water tanks!

Be sure to check out Interstate products new question and answer sheet now available on the One Step rust converter. If this doesn’t answer all your questions, please contact us today

Interstate rust converter can be bought in containers of 1, 5, or 55 gallons, depending on the task that is to be performed. Not only are they safe, but they are also less expensive than other rust-removal alternatives such as sandblasting or heavy wire brushing – which can be a lot more work and aggressive on hazardous and may even erode the quality and texture of your equipment.