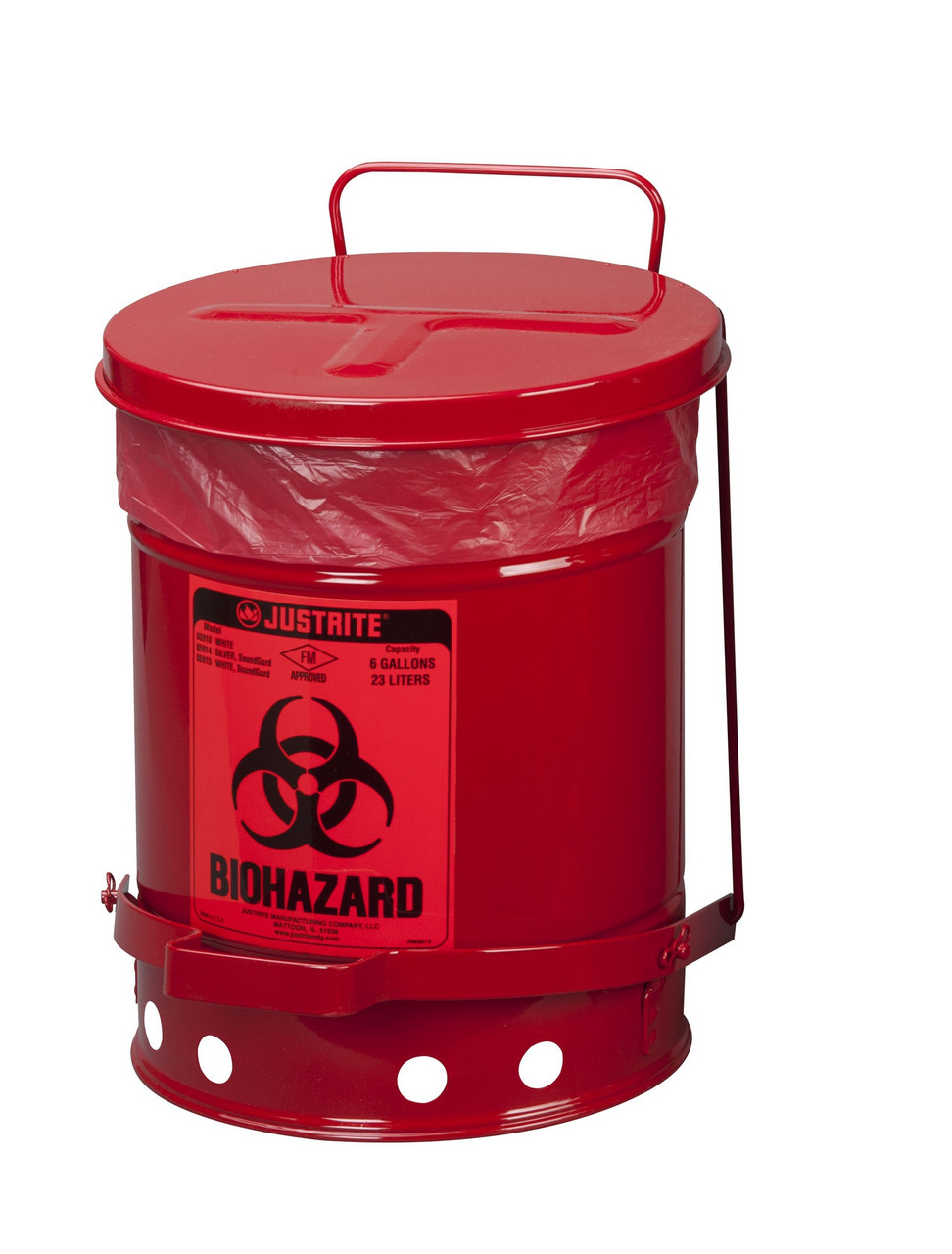 Justrite Biohazard Waste cans meet OSHA 29 CFR 1910.1030 for the segregation of infectious waste. They may be used to store contaminated laundry as well as other regulated waste (not to be used for sharps).

Sturdy steel cans feature leakproof construction with foot-operated, self-closing lid. Simple, foot pedal operation opens the container cover automatically to safely dispose of biohazard waste. Upon release of pedal, the can cover closes quickly to reduce the risk of contamination. A biohazard bag is held securely around the circumference of the can top.